Action movies are the most popular movies in India. People prefer to watch more action and thriller in theatres rather than any drama movie.

Since there is too much suspense and thriller in Bollywood action movies and most of the youth in India loved to watch these kinds of films.

So, here in this article, I am going to share Best Bollywood Action Movies of all time that you just need to watch. All these movies are available on online streaming platforms such as Netflix and Amazon Prime.

There are higher chances that you have already watched these blockbusters Hindi movies because here in this article I am going to share the complete list of Hindi action movies.

Here is the complete list of best action movies in Bollywood. This entire list of movies will help you decide which action movie you need to watch this weekend.

In this article, we will cover all the best Bollywood action movies that were released in the last 10 years and these movies are the successful / hit movies of the last 10 years because they collected the good amount of box office collection mostly in india and other major countries.

Baby is one of the best action Bollywood movies that is released in 2015 in which Akshay Kumar is in lead role and Taapsee Pannu as a supporting role.

In this movie, Akshay Kumar is playing the role of soldiers who got information about the terrorist attacks on India and he tried to eliminate those attacks.

Airlift Movie is released on 22 January 2016 and in this movie, Akshay Kumar as Ranjit Goyal is playing the role of a successful businessman of Kuwait.

When Iraq capture Kuwait then there are lots of Indians who need to suffer a lot and at that time, Ranjit Goyal takes risk of his life and stands with other Indian peoples who are living in Kuwait and help them to escape from Kuwait to india.

The third action movie on our list is the Kaabil movie which is released on 25 January 2017 in india. In this movie, Hrithik Roshan and Yami Gautum are playing the role of a blind person.

Yami Gautam and Hrithik Roushan are happily married couples but after that, she got raped by men who have a political background and then he committed suicide.

[bctt tweet=”In darkness, if you have the company of someone … then the darkness feels less dark”]

Saif Ali Khan is playing the role of a successful businessman. You can watch these movies on Netflix.

Amir Khan is one of the most popular india Bollywood actors in the Ghajini movie, Amir Khan is playing the role of Sanjay Singhania who was the CEO of the air voice telecom company.

Later, His Wife Kalpana was killed by some gangsters and then Sanjay becomes a short-tempered person who forgot everything in next 15 minutes. He Writes notes, capture photos to keep memories and later he takes his revenge from those gangsters.

Akshay Kumar played many action Bollywood movies and that’s the reason there are most of the action movies that are listed here are of Akshay Kumar. Rowdy Rathore movie is one of them.

Based on the true incident that happened in the URI base, Kashmir. Indian Army leads to create a new mission to take revenge from those terrorists who attacked the military base of URI.

Singham movie based on honest cop which took actions against the injustice and crime that happens in India. Singham movie is released on 22 July 2011 in India.

Another one of the best action movies of all time is Dhoom 3 in which Amir Khan is playing the role of a mind-blowing thief who used amazing strategies to do the robbery and to take revenge on the death of his dad.

Gabbar is Back is another best movie that comes in the list of action films by Akshay Kumar in which Gabber and his team expose the corruption of the world.

Every Friday, there is a new Bollywood movie will release in India and most of the movies are action movies and thriller movies. So we will keep updating this article with the latest upcoming blockbuster Bollywood Action Movies. 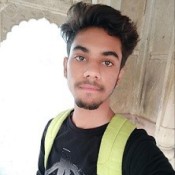 Hey There! I'm Manvendra Singh Founder Of MoviesBar Here I will Post Unbiased Review Of Movies, TV Series And Much More! You Can Catch Us On YouTube